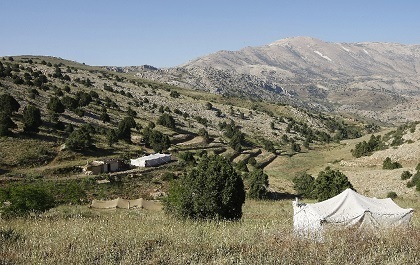 Municipal council member of the town of Dekwaneh Antoine Sfeir, has been freed on Saturday after he was kidnapped a day earlier, the state-run National News Agency reported.

Sfeir was abducted in Dekweneh by a man from the Dandash family and has been taken to the Bekaa town of Hermel.

Sfeir was released and has headed to the eastern city of Zahle.

NNA later said that he has given his testimony to the ISF Information Branch in Zahle.

You guys got it all wrong. As our Aouni friends keep repeating to themelves Asraf El Nass are protecting the Christians and Mr Dandash just took Mr Sfeir to Baalbek where he could protect him more efficiently and effectively.
The residents of Dekweneh might need to remind the imported settlers and new neighbors in the region what happened to the imported settlers in Nab3a and Tal el Zaatar when they decided to act unneighborly.

he only addressed ransoms and their ceilings.

God, we need a strong Government to catch these bastards and hang them so they will never reappear as it is the case now. The people have enough of those gangsters protected by their lawless parties. I have wished if the Late President Bachir Gemayel was still alive. But there will be one who can deal with these bastards, hopefully, soon.