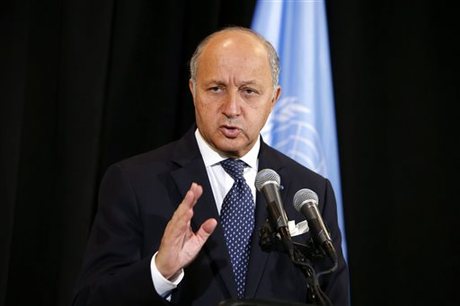 "These surveillance flights will determine what action can be taken when the time comes," Fabius told reporters.

The flights began the day after President Francois Hollande changed strategy on Syria, saying he was ordering surveillance flights to begin because he wanted to find out "what is being prepared against us and what is being done against the Syrian population."

The army said two planes equipped with cameras had taken off from a base in the Persian Gulf and returned safely.