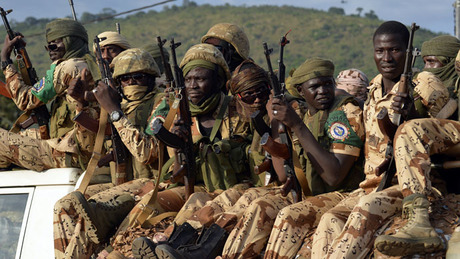 Chad's parliament has decided to prolong a state of emergency in the southern Lake Chad region, prey to bomb attacks by the Nigerian Islamists of Boko Haram, a parliamentary source said Thursday.

The resolution was unanimously passed on Wednesday night by 147 members of parliament and will extend the special powers given to regional authorities until March 22, 2016.

The Chadian government initially decreed a state of emergency in the region on November 9 after two women suicide bombers killed two local people and injured 14 others at Ngouboua.

Boko Haram's ruthless insurgency has claimed at least 15,000 lives since it began in neighboring northeast Nigeria in 2009. Deadly raids have been launched against Chad, Cameroon and Niger as the three countries deployed troops to help Nigerian forces.

The borders of all four nations converge in the Lake Chad region, which has many inhabitants living on a host of small islands in fishing villages. The area also offers potential refuge to Boko Haram fighters.

Chad's parliament has empowered the regional governor to ban the movement of people and vehicles in zones of his choice at specified hours. He can also order "house to house searches by day and night under the authority of the Prosecutor of the Republic, and to recover weapons," according to the government.

Eleven people were wounded when a suspected Boko Haram activist carried out a suicide bomb attack on a Chadian village a few kilometers (miles) from the border with Nigeria on November 1.

The most deadly attack on the Chadian shore of the lake took place on October 10. Three suicide bombers attacked the town of Baga Sola, a local administrative center. The blasts killed 41 people and injured 48 others, according to the Chadian government.