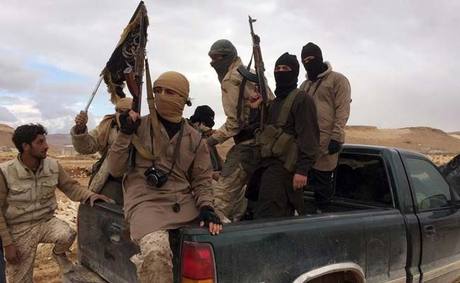 A Greek court on Tuesday formally charged a Swedish jihadist of Bosnian origin with "terrorist activity" after he and an alleged accomplice were caught trying to cross into Turkey, a justice source said.

Mirsad Bektasevic, 28, is a suspected jihadist recruiter operating under the codename 'Maximus'.

He had been arrested in Sarajevo in 2005 after a police search of his home found an explosives belt, explosives and a video of a masked man advocating attacks against the U.S. Capitol and the White House.

According to U.S. officials, Bektasevic at the time belonged to a small group of militants hoping to create an Al-Qaida affiliate group in Sweden, where he moved as a boy during the 1992-1995 war in Bosnia.

He was sentenced to 15 years in prison in 2007, a sentence reduced to eight years on appeal, and was released in 2011.

Bektasevic and another 19-year-old Swedish passport holder of Yemeni origin -- identified by Greek media as Al Hasani Amer -- were arrested over the weekend at the bus station of Alexandroupolis, near the border with Turkey.

They were found in possession of two machetes, army uniforms and other combat paraphernalia.

Their lawyer said they were in the area for tourism and had purchased the weapons as souvenirs.

The two men arrived in Greece by plane from Sweden nearly two weeks ago, traveling by bus to Thessaloniki and then to Alexandroupolis with tickets bound for Turkey, police said.

Security concerns in Europe are high after revelations that some of the jihadists behind the Paris terror attacks in November slipped into Europe posing as refugees.