One of the Jassem Brothers Killed in Syria 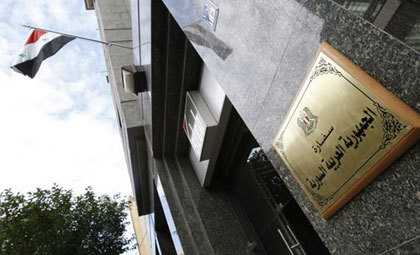 Jassem Merhi al-Jassem, one of four brothers kidnapped in Lebanon a few months ago, has been killed in Syrian captivity, reported the daily An Nahar on Monday.

Nabil Halabi, head of the Lebanese Institute for Democracy and Human Rights, revealed that Jassem was kidnapped in Beirut and transported with his three brothers to Syria through a vehicle from the Syrian Embassy.

He stated that he was killed under torture in Syrian jail, adding that the issue is being studied to make a case out of it in order to indict all who kidnapped him before international courts.

“We will not remain silent over his death,” he stressed.

Jassem al-Jassem was abducted in Beirut in February after being accused of distributing flyers encouraging anti-regime protests in Syria.

He is the most active among his brothers in speaking out against the Syrian regime, said the daily.

The four of them were kidnapped shortly after being released from the Justice Palace in Baabda, it added..

Investigations by Lebanon’s Internal Security Forces revealed that vehicles from the Syrian Embassy in Beirut had been employed in their kidnapping.

Sad news for every Lebanese :-/

Charbel i will bloodly stand on the Heads of every Syrian person,praise be to god for 100 years of misery in that country.Charbel the only time i will stand next to a Palestinian is at there grave.thank you

If this is true, the government should resign.