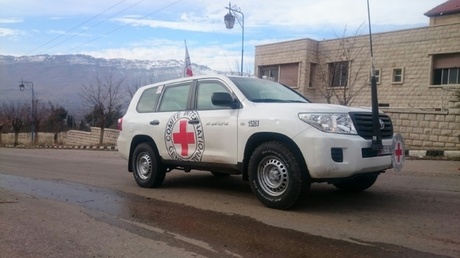 "The best news we could get: our three colleagues in Mali are free, safe and sound," ICRC head Peter Maurer said on his Twitter account, with the news confirmed by ICRC spokesman in Bamako Valery Mbaoh Nana.

"All three were freed this morning (Friday)," Mbaoh Nana said.

"They are in Kidal," he added, referring to the provincial capital of the restive region where they were kidnapped on April 16, 1,500 kilometers (930 miles) north of the capital.

The aid workers were freed a day after Ansar Dine, one of several jihadist groups roaming Mali's north, claimed responsibility for the kidnapping.

The group said the hostages would be safely returned in exchange for the release of one of their members, who was arrested by French troops.

"We have three people who work for the Red Cross. We want Barkhane (French forces) to free Miyatene Ag Mayaris before we will release them," Nourredine Ag Mohamed, a senior militant in the group, told AFP Thursday.

It remained unclear Friday whether Ansar Dine's condition for the aid workers' release had been met.

It is the successor to a military intervention that freed Mali's vast, desolate north from the control of Tuareg-led rebels who allied with jihadist groups linked to Al-Qaida in 2012.

A protest against foreign forces including Barkhane left one demonstrator dead on Monday, underlining simmering tensions between the local population and U.N. and French troops based in the area.