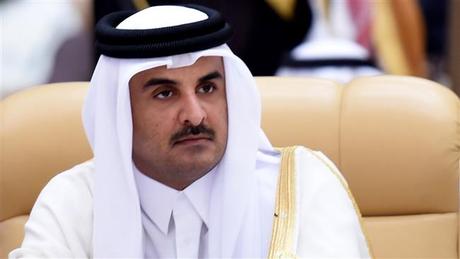 In a telephone call with the Turkish leader, Qatari emir Sheikh Tamim bin Hamad al-Thani "congratulated (Erdogan) on the support of the people of Turkey on his rule against the failed military coup," the official QNA news agency reported.

Sheikh Tamim "strongly condemned this failed attempt and voiced... (Qatar's) solidarity with Turkey... in all measures it takes to protect constitutional legitimacy, enforce the rule of law and preserve its security and stability."

Gas-rich Qatar is Erdogan's closest Gulf ally, sharing his sympathies for the Muslim Brotherhood that formerly ruled Egypt and is outlawed in other Gulf Arab states.

The two governments signed a defence deal in 2014, providing for the establishment of a Turkish military base in Qatar and regular training deployments.

The other five Gulf Arab states have made no comment on the events in Turkey, issuing only consular advice to their citizens to stay off the streets.

Erdogan called on his supporters on Saturday to remain vigilant, warning of the risks of a fresh flare-up of violence after the Friday evening coup attempt.

The army said the uprising claimed the lives of 88 civilians and police, as well as 104 putschists.