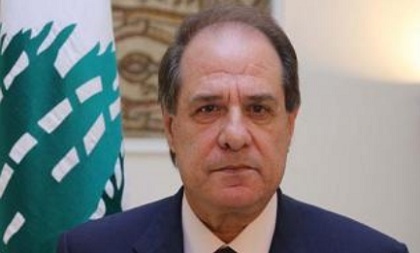 Labor Minister Sejaan Qazzi stressed on Saturday that the thorny issue of Syrian refugees in Lebanon can be addressed through talks with the Syrian government.

“We can't address the problem of refugees without having talks with the Syrian government since it is directly linked to the subject,” said Qazzi to LBCI.

“There is a real contradiction between the international position and the Lebanese stance in addressing the problem of displaced Syrians. The Lebanese stance confirms that there is no final solution before a political solution is reached. But we can start with returning the refugees (to Syria) before a political agreement is reached because the latter requires many years (to be accomplished),” said Qazzi.

He pointed out that Lebanon has called for the establishment of a safe zone for displaced Syrian inside Syria.

The Minster added that he will present on Monday an executive project to restore the displaced Syrians back to their homeland.

Qazzi concluded that the only route for refugees to go back to their land is through regime controlled areas along Lebanon's border, he said: “Syrian regions alongside the Lebanese border are controlled by the Syrian regime and the Syrian refugees can return to Syrian only through these areas.”

Shouldn't the great abbas ibrahim be asking his bosses in the Syrian Intelligence about handing over ali mamlouk and the other 2 syrian intelligence officers to the Lebanese Judiciary? What a joke this country is!

I do not like this guy Qazzi.
He is arrogant and filled of himself.

i know that your favourite is جعجع, the child killer!

YOU are the ones who hold weapons to kill.

Mowaten I'm not a big poster here but I have been using this site for over 32 years and recently I have been liking your posts, your the only one informing these deluded ignorants. :)

@mowaten
What can one say, another E-X-C-E-L-L-E-N-T comment. I particularly enjoyed the part where you said "make your comment even more powerful"

Still laughing since January 2015.
Thank you
Thank you

lol that screen name, it's like saying "i'm a liar" before you even open your mouth.

you and ex-fpm could form a one-man political bloc

you copy-paste skills are impressive! next, try working on your reasoning skills, they're still way below par.

Even on an article regarding lebanese-syrian intelligence meetings, I find you @mowaten spamming, trolling, and terrorizing other posters. What kind of person are you? New evidence surfaces by the minute that you are a paid poster but the question remains who pays you and for what exact purpose? Is it the Iranian embassy, is it the revolutionary guard, is it the syrian intelligence or the ex-KGB? These questions must be answered by you and NOW!