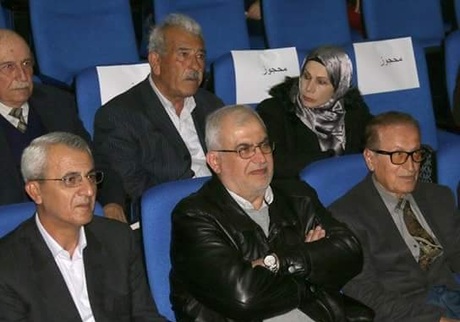 The head of Hizbullah's Loyalty to Resistance bloc MP Mohammed Raad stressed Monday that only an electoral law fully based on the proportional representation system can achieve “change” in the country.

“We are before a juncture that could contribute to improving the country's situations... Hizbullah is not obstructing any electoral law format but rather obstructing the formats that do not want an electoral law and that want to turn Lebanon into a farm whose shares are distributed to cronies,” Raad added.

“We can later discuss the issue of expanded electoral districts if you want. This is not out of intransigence but rather because we are fully convinced that there is a chance at this time to achieve the needed change,” Raad went on to say.

Noting that change is not a “slogan” but rather a “practice and an equation,” the lawmaker said change cannot be achieved through “preserving the previous sizes” of the parliamentary blocs.

Earlier in the day, Free Patriotic Movement chief Jebran Bassil proposed a hybrid electoral law under which 64 MPs would be elected according to the proportional representation system and 64 others would be elected by their respective sects under a winner-takes-all system.

Hizbullah has repeatedly called for an electoral law fully based on proportional representation but al-Mustaqbal Movement and Druze leader MP Walid Jumblat have both rejected the proposal.

Mustaqbal argues that Hizbullah's arms would prevent serious competition in the party's strongholds while Jumblat has warned that such an electoral system would “marginalize” the minority Druze community whose presence is concentrated in the Chouf and Aley areas.

yep to achieve your total control of the country and declare your islamic state in Lebanon.

Did anyone check the proposition of Mowatinoun wa Mowatinat fi Dawla? I thought it was quite an interesting departure from the current sterile debate and a good way to gradually move to a secular state based on the willingness of citizens.

Hahahahahaha.....I need three coffees before I listen to him. I got blocked once for publishing a link is it the case? there is a (very long) text I read on the legal agenda. and some shorter articles on akhbar and not sure were.

The suggestion is interesting in the sense that it splits candidates into sectarian ones and secular ones (that have to cancel the sect mention from their ikhrak keid) and commit to representing people directly with the state.

Voters are required to select their candidates from one of the two groups and cannot mix them.

The percentage of people that voted for each of the two group determines the percentage of seat they get. Proportions among sects within the sectarian group are kept as they are today.

The interesting thig is that voters decide how non-sectarian they are and this percentage will hopefully increase with time.