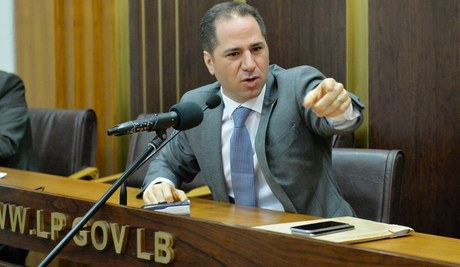 “Should the revenues be approved and a revolution erupts in the country, don't blame anyone but yourselves,” Gemayel told parliament.

“I wonder how it is possible to approve millions of dollars for developmental projects in five minutes whereas a wage scale that costs $800 million is taking hours,” he added.

“Which is better: impoverishing people with taxes or addressing the sources of the squandering of public funds?” Gemayel asked rhetorically.

Lebanon's Economic Committees have held an “emergency” meeting after which they announced their total refusal of imposing taxes to finance the salary scale, warning of “disastrous repercussions on the overall economic situation.”

They also pointed out that such a move would reflect negatively on the working class and low-income earners.

Gemayel had recently launched a scathing attack on the country's ruling class, accusing it of impotence and of stealing public money.

He warned that any attempt to impose new taxes would be an “extortion” attempt “seeing as the money will end up in the pockets of officials.”

“The new wage scale should be funded through putting an end to the squandering and theft of public money and through introducing real reform and change... not through hiking taxes,” Gemayel emphasized.

Well said. Any flat taxes on everything is mostly going to affect poor people.
Let them try tax brackets for high income and tax on luxury items.