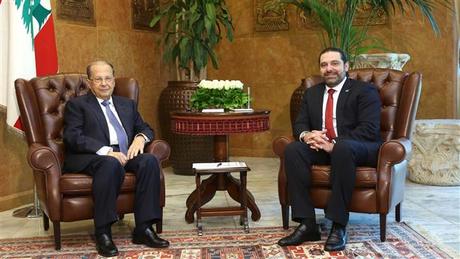 Lebanon has recently appointed a new ambassador to Syria in a move that raised controversy as the new diplomat prepares to begin his duties next month.

President Michel Aoun and Prime Minister Saad Hariri have signed a decree appointing the new ambassador, Saad Zakhia, who is expected to begin his duties early in November, said al-Joumhouria daily on Monday.

The move has raised controversy and Hariri has defended the step in a tweet over the weekend saying “the presence of a Lebanese embassy in Syria confirms our independence and sovereignty.”

Presidential Palace circles were surprised at the uproar raised by some about the appointment of Zakhia, said the daily.

“The decree is the actual translation of the cabinet's decision to appoint new ambassadors in various countries. The decree, is like other special decrees distributed to all Arab and Western countries,” Baabda circles told the daily on condition of anonymity.

On the other hand, al-Joumhouria quoted sources from the Lebanese Forces party who said they “were surprised by the urgency and necessity of appointing a Lebanese ambassador in Syria, despite the fact that there is no political life in Syria.”

They added: “Despite our reservation as for the urgency of the appointment, and if we assume that this procedure was routine, we will never accept that the ambassador submits his credentials to (Syrian President) Bashar Assad,” they noted and described the move as an “insult to the Lebanese people, to the Lebanese judiciary and the Arab family.”

The sources concluded: “We do not accept the submission of the ambassador’s credentials to Assad.”

For his part former MP Fares Soaid said Lebanon must maintain a Lebanese embassy in Syria on condition the representation be kept “at the level of a secretary or a first secretary and not to upgrade who represents Lebanon to the rank of ambassador."

Best President and Prime Minister Combo with Large Fries and Diet Coke, ever!