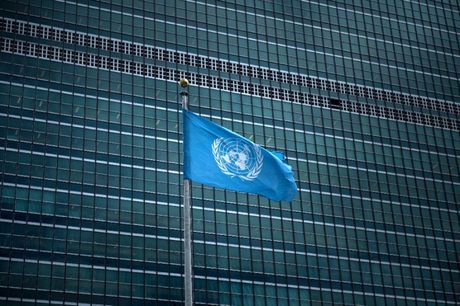 Rebel groups from Sudan's Darfur region are strengthening their foothold in Libya, building up their military strength in a bid to return to Sudan and fight on, according to a confidential report seen by AFP on Wednesday.

The report by a UN panel of experts said Sudan was continuing to pour weapons into Darfur to support its military campaign there, in violation of a UN arms embargo.

"In recent months, most of the Darfur rebel groups have consolidated their presence in Libya," said the 53-page report sent to the Security Council this month.

Many of them have joined Libyan armed groups and are "reportedly building up their military capabilities in order to be ready to return to Sudan when the environment becomes more conducive."

South Sudan, once a key backer for the rebels fighting Khartoum, has lost sway as "Libya has emerged as an important source of financing for Darfuri armed groups."

The report confirmed that renewed heavy clashes in Darfur's mountainous Jebel Marra area after nearly a year-long lull have resulted in a "significant number of casualties on both sides and among civilians."

Fresh fighting in Jebel Marra since February has forced thousands to flee, with many taking refuge in caves and valleys with no access to food, water or proper shelter, said the report.

"The situation has been uniformly characterized as a dire humanitarian situation," it said.

- One rebel group left in Darfur -The only rebel group remaining in Darfur, the SLA-AW, has about 1,000 fighters who are "well-versed in guerrilla, mobile tactics" in the mountainous terrain.

All of the major Darfur armed groups are present in Libya, many of whom have joined the ranks of military strongman Khalifa Haftar, the head of the Libyan National Army which controls the east.

The experts traveled to Sudan twice, in April-May and again in June-July, for talks with the government, which stressed that there were no military operations in Darfur but rather security sweeps against bandits.

Sudan's government "continues to transfer military materiel to Darfur in support of the various security forces deployed there in violation of the arms embargo," the report said.

The independent experts report to the council every six months on Sudan.

The United Nations is drawing down its huge joint peacekeeping mission with the African Union, known as UNAMID, and has put in motion steps that could lead to its closure in two years.

In Libya, the United Nations is pushing for elections to be held this year, possibly in December, to turn the page on years of chaos since the 2011 ouster of Moamer Kadhafi.

The conflict in Darfur erupted in 2003 when rebels took up arms against Sudan's government.

The United Nations says that over the years the conflict has killed about 300,000 people and displaced more than 2.5 million, with many having set up home over the last decade and a half in sprawling semi-permanent camps.