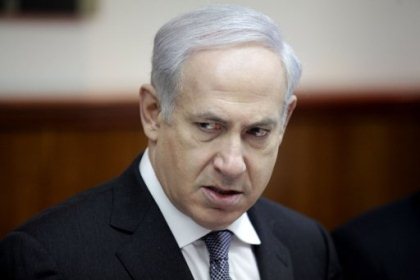 Israeli Prime Minister Benjamin Netanyahu vowed Tuesday that Israel would keep acting against its arch foe Iran in Syria, after a Russian aircraft was accidentally downed there by Syria during an Israeli missile strike.

Netanyahu's office said he told Russian President Vladimir Putin by phone that "Israel is determined to stop Iranian military entrenchment in Syria, and the attempts by Iran, which calls for the destruction of Israel, to transfer to Hizbullah lethal weaponry (to be used) against Israel."

Netanyahu also "expressed sorrow" over the deaths of the 15 Russian crew members onboard and said Israel would assist Moscow in the investigation.

He said Syria was responsible for the downing of the plane.

The late Monday incident saw the Russian aircraft with 15 crew members aboard shot down by Syrian air defense in response to an Israeli raid.

The incident threatened to damage relations between Russia and Israel, which had three years ago established a hotline to avoid accidental clashes in war-torn Syria.

But earlier on Tuesday, Putin had said it was the result of "tragic accidental circumstances."

Netanyahu's office said he offered "to give Russia all the necessary details to investigate the incident, and suggested sending the (Israeli) air force commander to Moscow."

Israel said earlier it had targeted a Syrian military facility where weapons manufacturing systems were "about to be transferred on behalf of Iran" to Lebanon's Hizbullah.

In a statement, the Israeli military also disputed Russia's initial assertion that it used the aircraft that was later downed as cover while it carried out the strike.

It stressed its jets were already back in Israeli airspace when Syrian forces launched the missiles that hit the Russian plane.

It also expressed "sorrow" for the deaths of the Russian crew members and said it held Syrian President Bashar al-Assad's regime, Iran and Hizbullah responsible.

Russia now is involved in the war not only against American-led terrorists but also against its sponsor, Israel.