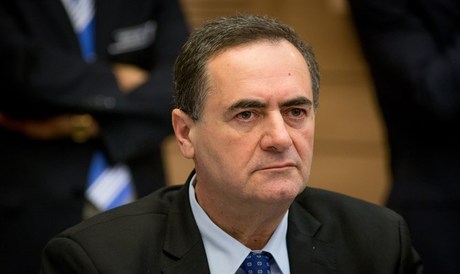 Israeli Foreign Minister Israel Katz struck a conciliatory tone with Poland Monday, stopping short however of apologising for inflammatory remarks that had triggered a diplomatic crisis with Warsaw.

"The foreign policy of the Polish government entails close cooperation with Israel," Katz told public broadcaster Kan, noting Warsaw's "significant contribution to the safety and stability" of the region with a Middle East conference it recently hosted.

On February 17 Katz, appointed foreign minister the same day, said "there were many Poles who collaborated with the Nazis".

The comments infuriated Warsaw, which pulled out of a Jerusalem summit with central European nations.

Katz's remarks came after Prime Minister Benjamin Netanyahu had clarified to Warsaw his own remarks, which were understood to have implicated all Poles in collaborating with the Nazis in killing Jews during World War II.

Netanyahu later conveyed messages to Warsaw and issued a statement saying he had been misquoted and never implicated all Poles or the Polish nation.

On Monday, Katz refused to apologise, saying he never implied "all" Poles were anti-Semitic.

"I've nothing to add" to the understandings reached between Netanyahu and Polish Prime Minister Mateusz Morawiecki on the Israeli premier's remarks, Katz said.

On Thursday, Katz said he did not regret his statements, noting he was the son of Holocaust survivors.

Poland was invaded and occupied by Nazi Germany during World War II and six million of its inhabitants died during the conflict, including three million Jews.

Warsaw has long been at pains to state that Poland did not collaborate in the Holocaust, although individual Poles gave up Jews to the Nazis.