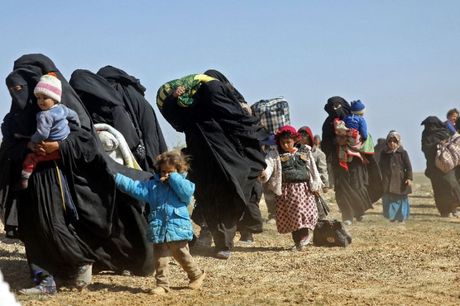 Hundreds of suspected jihadists and their relatives exited the last Islamic State group holdout in eastern Syria aboard 11 trucks on Tuesday, an AFP reporter said.

The huge double-trailer trucks snaked towards a screening point manned by the US-backed Syrian Democratic Forces across the plain from Baghouz, the last hamlet still held by IS.

Women could be seen spilling out of the trucks as SDF fighters prepared to screen yet another batch of survivors from the last speck of the jihadist "caliphate".

On Monday alone, 46 such trucks left the IS pocket, bringing to around 50,000 the number of people who quit jihadist-held territory since December.

Among them were thousands of suspected jihadists who tried to blend in with civilians in a desperate attempt to save their lives before a final assault by the Kurdish-led SDF.