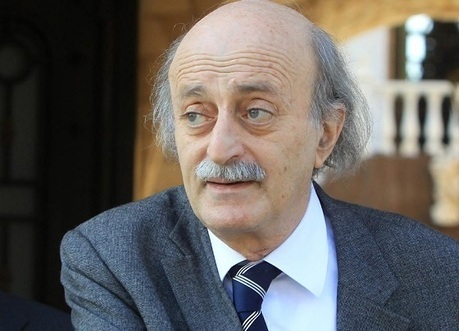 Progressive Socialist Party leader ex-MP Walid Jumblatt on Saturday said in its quest to formulate an austere state budget, the government has unveiled “treasures” of squandered public funds that have for decades been protected with secrecy, al-Joumhouria daily reported.

“The efforts to set an austere state budget has lifted the curtain off treasures of squandering that have for decades been protected with iron domes of secrecy,” said Jumblat.

On the government’s possible plan to introduce salary cuts to some public employees, he said: “The PSP considers it a taboo to reduce the salaries of limited-income or middle-class employees.”

Jumblat expressed his fear that each political group will seek, for political or sectarian reasons, to protect a certain sector in a bid to exempt it from the "tax" of contributing to the rescue basket of solutions.

“It is a dangerous and difficult equation,” he said.

But none of these funds have been squandered by PSP-members, I presume....

Mr. Jumblatt, you along with others have put roadblocks and are completely against selling off state assets and privatizing the most corrupt of gov't agencies. You have said so on many occasions.