Berri: Govt. Change Does Not End the Crisis 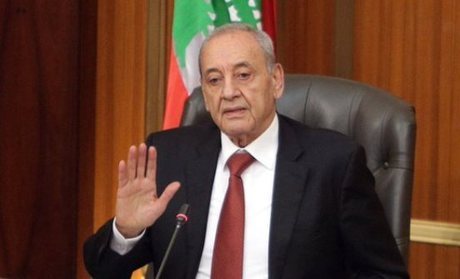 Speaker Nabih Berri reportedly said that a government change would complicate the situation further and that the current government must begin immediate steps towards reform, al-Joumhouria daily reported on Tuesday.

According to the daily, Berri said that changing the government’s components “does not solve the crisis,” but complicates it further “diminishing the possibility of forming a new one in the foreseeable future, which opens the country to an unknown fate.”

He said the government must stay in office to begin immediate initiation of concrete reform steps, added the daily.

Hariri resignation should increase the number of demonstrators because the real target is Berri, Nassralah and Aoun, as they are the one leading Lebanon to the abyss instead of being the most prosperous, democratic and free country in the region. Now the target is clear and the culprits in focus! Kelon yaani kelon!

You had 30 years to reform, let's list your achievements:

I don't remember who came before Berri. Was it Adam and Eve?

I have the wells of money. Do you expect me to say sure I will give up all the money? How did we allow the thieves to pass laws on the people?

If we become an oil source country, we would be the same as Nigeria. Petrol but no electricity.

you are a thief. Therefore you can't fix stupid.