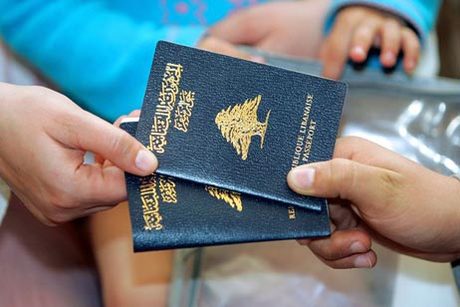 General Security said Thursday it has stopped taking appointments for passport renewals because of a rush that has depleted stocks of new passports.

Since 2020, requests for passport renewals have been ten times higher than in previous years, which has piled pressure on passport centers and "affected available passport stocks," General Security said in a statement.

Grappling with its worst-ever financial crisis, Lebanon has undergone a massive population exodus that is only worsening as politicians fail to chart a path towards recovery.

Lebanese authorities have yet to pay for more passports to be produced "at a time when the available amount of passports has started to run out," the agency added.

"Accordingly, General Security was forced to stop work on the passport appointment platform as of 27 April," it said, clarifying that those with pre-existing appointments are still eligible for new travel documents.

The suspension will last until funds are paid to the company contracted to issue new passports, it said, meaning those without existing appointments are left with no idea as to when they might get a new passport.

Even those able to gain appointments have often had to wait months.

According to an Arab Barometer survey published this month, around half of Lebanon's population is looking to exit the country.

Thank you to current regime. Hizb-aounist-Amal that are running the country to hell.

You can leave on a death boat where passports are not required.