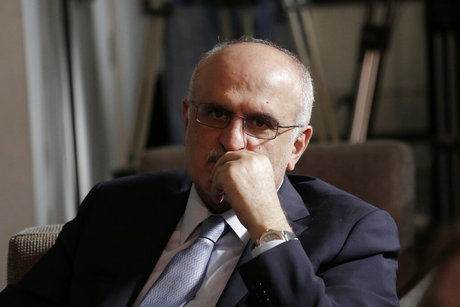 MP Ali Hassan Khalil, who is Speaker Nabih Berri’s political aide and a former finance minister, denied Tuesday a media report alleging that he has hired a law firm in the United States in order to lift the U.S. sanctions imposed on him.

These are “baseless fabrications,” Khalil said in a statement.

“I’m not convinced in the first place with filing a lawsuit before the U.S. authorities, because the sanctions they imposed were political par excellence and are targeted against my position and political role in the (Amal) Movement,” he added.

Describing the article published by the journalist Nicolas Nassif in al-Akhbar newspaper as “suspicious,” Khalil threatened Nassif with a lawsuit if he doesn’t “correct and publish this statement.”

In his article, Nassif claims that Khalil has “tasked a law firm with defending him before the U.S. authorities for a preliminary sum of money said to be $1.5 million.”

His son only flies on private jets

What’s $1,5M for this thief? He stole hundreds of millions from us. Nabih Berri is CIA, he’ll surely help him clear his name… for a price.

Why not disclose the name of the US Firm, after that its easy to verify through the US courts.