Al-Rahi: Shameful that agreement with Israel has become easier than agreement on govt. 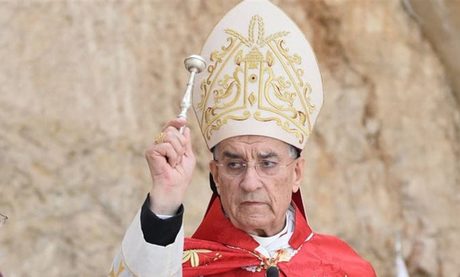 "It is shameful that authorities are exerting efforts to agree with Israel over the sea border while refraining from forming a government," al-Rahi lamented in his Sunday Mass sermon.

"Has it become easier for them to agree with Israel rather than to agree on a government among the Lebanese? The people's dignity rejects all of that," al-Rahi added.

"Let the officials know that the peoole reject to put their fate in the hands of a caretaker cabinet and they also reject the obstruction of the election of a new president," the patriarch went on to say, warning that the people "will not remain silent over what they're doing."