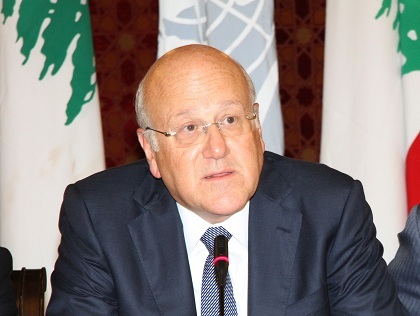 Prime Minister-designate Najib Mikati told ministers in Tuesday’s meeting that he is “keen” on the formation of a new government, caretaker Health Minister Firass Abiad said on Thursday.

Mikati added, according to Abiad, that he would discuss with President Michel Aoun two options: the draft line-up that he had proposed in his previous visit or new proposals that include reviving the caretaker cabinet.

“Everyone has concerns over the possibility of presidential vacuum,” Abiad added in an interview with Radio Voice of All Lebanon.

“No one wishes for instability in the country, that’s why everyone must exert efforts to secure the continuity of state institutions,” the minister went on to say.