Most parliamentary blocs to take part in Thursday's presidential vote 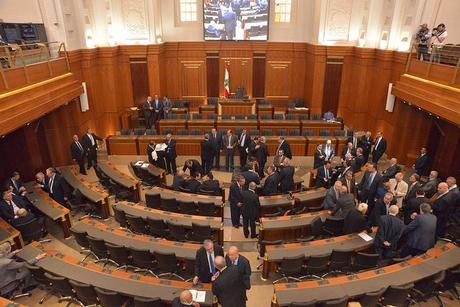 Most of the country’s parliamentary blocs and independent MPs will take part in Thursday’s presidential election session, several blocs and TV networks said on Wednesday.

Confirming that the Lebanese Forces-led Strong Republic bloc will participate in the session, LF sources told LBCI TV that the party had intensified its contacts with the opposition parties over the past hours in a bid to reach consensus over a single candidate ahead of the session.

Sources from Hezbollah’s Loyalty to Resistance bloc also told LBCI that the bloc will take part in the session, describing it as a session for “testing the waters” ahead of securing “consensus over a president and a second session that might be held before entering the last ten days that precede the end of President (Michel) Aoun’s term.”

The Progressive Socialist Party has also hinted that it will take part in the vote.

LBCI meanwhile said that “communication is ongoing between the LF, the Kataeb Party, the Tajaddod bloc and independent MPs to reach a stance on how to vote in the presidential session.”