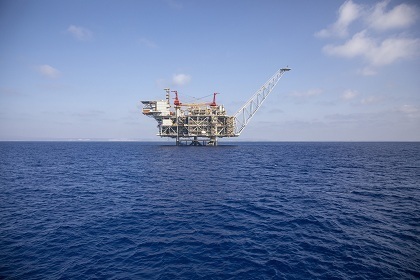 A Lebanese official involved in the negotiations to demarcate the sea border between Lebanon and Israel told AFP on Thursday that "Lebanon has not yet been notified of Israel's response,” shortly after a senior Israeli official said that Israel will reject Lebanon's latest amendments to a U.S.-drafted proposal.

The official, who requested anonymity as they were not authorized to discuss the talks, said Beirut's negotiators had been working with U.S. mediator Amos Hochstein "all night... to clarify some points."

In Israel, the November 1 legislative elections have overshadowed the recent phases of the negotiations.

There was no evidence that the former premier had seen the U.S. proposal and he offered no specifics supporting his charges against Lapid, his long-standing political rival.

On Thursday, Netanyahu reiterated that the hawkish government he hopes to form with his far-right and religious Jewish allies would not be bound by any maritime deal with Lebanon and took personal credit for Israel apparently stepping away from the deal.

"It was only the heavy pressure myself and my friends put on Lapid that caused him to back away from his capitulation agreement," said Netanyahu, who spent Wednesday night in hospital after falling ill while fasting during the Jewish Yom Kippur holiday.

Al-Jazeera television meanwhile reported that Israel’s objections to Lebanon’s remarks are related to the controversy over the sea buoys line near the maritime border and to the fact that Israel does not want Lebanon to explore for gas in the Qana field before a deal is signed between Israel and French oil giant TotalEnergies over the Israeli “share” in the field.