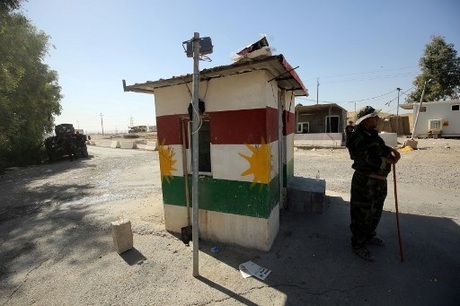 A civilian was killed and another one wounded Friday in Iraq's autonomous Kurdistan region in an attack likely carried out by Turkey, a local official said.

The pair were working on their land near the village of Mawat when they were killed in a bombardment "likely carried out by Turkey", the town's mayor Kamaran Hassan told AFP.

A third person has been listed as missing, he said, adding that he could not specify whether a drone or warplane had launched the strike.

Turkey has repeatedly carried out strikes targeting the Kurdistan Workers Party (PKK) in northern Iraq, where the group has bases.

Ankara stepped up its strikes in neighboring Syria following a November 13 bombing in Istanbul that killed six people and wounded 81.

Ankara blamed that attack on the PKK, which it and its Western allies consider a terrorist group.

The PKK has waged an insurgency against the Turkish state since 1984.

Kurdish groups denied any involvement in the Ankara blast.

But Turkish President Recep Tayyip Erdogan has threatened to launch a ground offensive against Kurds, namely in northern and northeastern Syria, in response to the Istanbul bombing.

There has been no immediate comment from Turkey about Friday's bombardment.