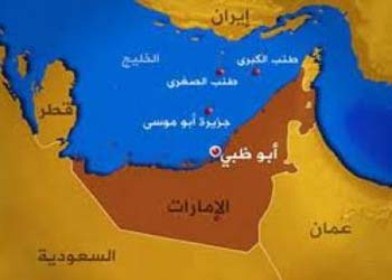 Iran has “deployed forces and equipment” in order to “defend” three islands in the Gulf that are claimed by the United Arab Emirates, Iran’s state-run radio station quoted a senior official as saying.

"Various types of offensive and defensive systems, including brigades of IRGC marines, have been deployed in the Iranian islands, especially in Abu Musa, the Lesser Tunb and the Greater Tunb,” Commander of IRGC Naval Forces Rear Admiral Ali Fadavi said on Monday, according to the radio station’s English-language website.

"Owing to the position of these islands, both in terms of defense and offense, the IRGC navy will allow no enemy to step onto these islands and even enter their territorial waters," Fadavi said, adding, "In case of any hostile move, aggressors will face a strong response."

He further reiterated Iran's “sovereignty over the three islands,” the radio station said.

Iran has written to the United Nations reasserting its claim to sovereignty over the three islands in the face of renewed counterclaims by the UAE, state media reported Friday.

Iran "decisively rejects claims made by the United Arab Emirates and Saudi Arabia, and reiterates that Abu Musa, Greater Tunb and Lesser Tunb are an inseparable part of Iranian soil," the official IRNA news agency and the state television website quoted the letter as saying.

A visit by Iranian President Mahmoud Ahmadinejad on April 11 to Abu Musa -- the only one of the islands which is inhabited -- sparked a storm of protest from both the UAE and its Gulf Arab allies.

On April 17, the six-nation Gulf Cooperation Council called the visit "a flagrant violation of the sovereignty of the United Arab Emirates over its three islands."

But Iran's letter insisted: "The recent visit to the island of Abu Musa by the president of the Islamic republic is based on right of sovereignty and national integrity."

It said that Iran was ready to have "constructive talks" with the UAE over any "misunderstanding" emanating from "the implementation of documents exchanged in 1971."

The UAE has summoned Iran's ambassador to Abu Dhabi to denounce Ahmadinejad's visit to Abu Musa.

This was followed by a warning from Ahmadinejad who said that Iran will respond with force to any threats to its territorial integrity.

"The armed forces and the army will inflict heavy regret and shame in case of any aggression against Iranian lands and interests," Ahmadinejad said, adding that Iran "is ready to protect its existence and sovereignty."

Iran took control of the islands in 1971, when Britain granted independence to its Gulf protectorates and withdrew its forces.

Abu Musa was placed under joint administration in a deal with Sharjah, now part of the UAE.