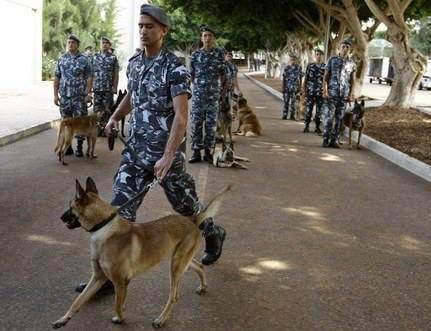 The Lebanese army announced on Monday that an Iraqi woman, who was a complicit in the kidnapping of two Saudi nationals in Lebanon, was detained.

“The army intelligence bureau arrested Batoul Darwish Habib al-Mansouri, who confessed to luring (the Saudis) into an apartment in Doha al-Hoss (in southern Beirut) to financially blackmail them,” said a communique issued by the army.

The two Saudis Tawfiq and Abdullah al-Shaqaqeen were held and tortured for eight days by a four-member gang, Saudi Ambassador Ali Awadh Asiri said on Wednesday.

The Internal Security Forces had previously arrested two members of the gang, while the kingpin’s whereabouts remain unknown.

The abductors demanded a large ransom in exchange for their release.

The army statement noted that al-Mansouri was referred to the competent judiciary.

Asiri urged all Saudis in Lebanon to stay "only in well-known hotels and stay away from private apartments," and called on visitors to register with the embassy upon their arrival in Beirut.

He also warned Saudis to stay away from Lebanon's border areas.

Pan-Arab daily al-Hayat had reported that an Iraqi woman received the two Saudis on April 16 as one of them had met her during a previous visit to Syria a few months ago.

They moved to an apartment in Doha al-Hoss, which the woman allegedly said she had rented for herself, it said.

Later, three Iraqi men broke into the apartment claiming that they were members of the ISF and tried to blackmail the Saudi men by taking naked pictures of one of them and demanding a large amount of money in exchange for their release.

2 comments:
the army arrested the woman but the picture is of ISF!!!grow up naharnet
the lady seems to be a hottie so pictures please!

Deport the Iraqis and use the ransom money to pay for all ISF expenses associated with the release of the Saudi men.