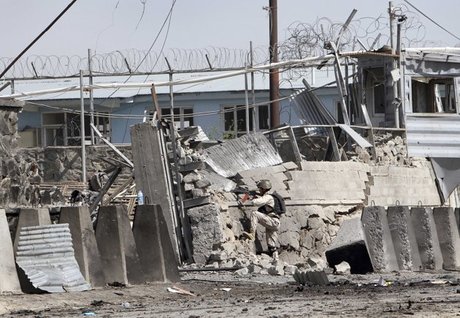 The Taliban militia announced their "spring offensive" would begin across Afghanistan on Thursday.

Code-named al-Farouq, the primary targets of the offensive would be "foreign invaders, their advisors, their contractors, all those who help them militarily and in intelligence", the militants said on their website.

"Al-Farouq spring offensive will be launched on May 3 all over Afghanistan," the militant group said.

The militia said the code name came from Islam's second caliph, Omar al-Farouq known for his military advances in Asia and the Arab world during the 7th century.

The announcement comes hours after Taliban insurgents armed with guns, suicide vests and a bomb-laden car attacked a heavily fortified compound used by Westerners in Kabul, killing seven people and wounding more than a dozen.

The militants claimed the attack in defiance of U.S. President Barack Obama's call that the war was ending during a visit to Afghanistan on the first anniversary of Osama bin Laden's death on Wednesday.

More destruction and more sufferrings at the hands of these crazed Islamic zealots awaits the afghany people. For what?
The US should pull out immediately from this hell hole because no power can free those whose minds are imprisoned by extreme and sick ideologies.

Taliban coming to get you M8rs...just kidding ;)