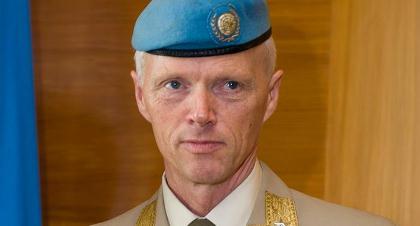 The head of the U.N. mission to Syria said Wednesday his observers were having a "calming effect" on the ground but admitted the ceasefire was "shaky" and not holding.

Speaking in Damascus to Britain's Sky News, in his first television interview in the role, Major General Robert Mood brushed off criticism that the United Nations Supervision Mission in Syria (UNSMIS) had been too slow to get going.

The Norwegian said their numbers of boots on the ground would double in the coming days.

"This is not easy and we are seeing -- by the action, by explosions, by firing -- that the ceasefire is really a shaky one. It's not holding," the 53-year-old said.

Syria's army on Wednesday reportedly suffered its deadliest day in a ceasefire when rebel fighters killed 20 troops, in the latest violation of the three-week truce the U.N. says both sides are flouting.

Mood said his team in Damascus would rise from 52 to 59 by the end of Wednesday and they aimed to double the figure in the coming days as more flights come in carrying troops, vehicles and equipment.

"I fully understand the concerns about the speed of deployment," he said.

"The people and equipment now on the ground is actually exactly how we want to see it, so the next couple of days -- picking up the pace, doubling, and spreading out -- is exactly what suits us very well," he said.

"From the member states and from the secretariat in New York, this is actually an admirable effort to get people on the ground."

He said there were currently 31 military observers deployed but even when their numbers rise to the full 300, "we are not going to be able to be in all places in Syria at the same time.

"So for this to work it is the concerted efforts of the Syrian people, of the Syrian government, of the opposition, of the capitals of the world.

"Success would be to see that we have a cessation of armed violence in all its form. And then to see that the other aspects of (U.N. and Arab League peace envoy) Kofi Annan's six-point plan starts to move forward so that the political process is reinforced."