Egypt Military Says May Transfer Power on May 24 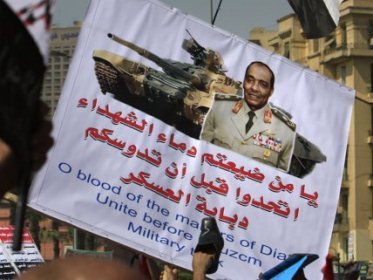 Egypt's military chief of staff said on Wednesday the army may transfer power to an elected president on May 24 if the vote is decided in the first round, state television reported.

The announcement came after four presidential candidates suspended their campaigns as the death toll mounted in bloody in clashes between anti-military supporters of a banned Islamist candidate and unidentified men in plainclothes.

The military had previously said it would transfer power by the end of June.

The presidential election is scheduled for May 23 and 24 and a run off for June 16 and 17 if there is no outright winner in the first round.

"We are looking into handing over power on May 24 if the president wins in the first round," state television quoted chief of staff Sami Enan as saying.

Several parties, including the dominant Islamist Freedom and Justice Party, are also boycotting a meeting with the military Field Marshal Hussein Tantawi later on Wednesday to resolve various disputes, including one on the make-up of a constituent assembly.