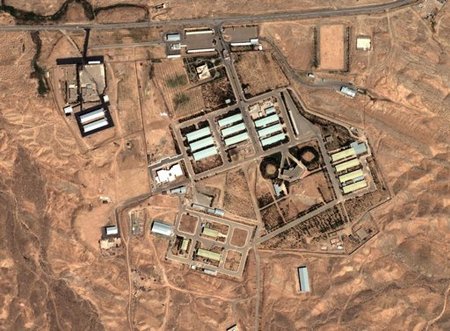 Iran's atomic chief Fereydoon Abbasi Davani said on Saturday Tehran is "not yet convinced" it should open to scrutiny the Parchin military site which is among the concerns of the United Nations nuclear watchdog.

"Visiting Parchin is interesting to the agency because some nations are pressuring it to investigate, but we are not yet convinced in this regard and no proof or documents have been given to us about Parchin which is a military complex," the ISNA news agency quoted Abbasi Davani as saying.

"We do not have a nuclear site in Parchin. They want to see Parchin and if there were to be such a visit we have to be convinced that this place is among the places which should be visited," he added.

The International Atomic Energy Agency's latest report, published on Friday, said satellite imagery showed "extensive activity" at Parchin, which it said could hamper the investigation of claims of suspected nuclear weapons research there.

The IAEA revealed that its head, Yukiya Amano, had wanted to "conclude" a deal on clarifying accusations that Iran was carrying out such research, during a visit to Tehran on May 21.

Abbasi Davani outlined Iran's vision of the "structured agreement," but did not say when it might be signed.

"Structured agreement should cover all topics, and once we know the beginning and end of each topic and it has been addressed, then it should not be brought up again," he said.

Western governments have accused Iran of removing evidence at the site, while Amano has said satellite imagery showed unspecified activity.

Iran says Parchin is not a designated nuclear site and it is therefore not obliged to permit IAEA inspections, although it last did so in 2005.

Tehran says if it did allow inspections of the site, they would have to be part of an agreed "road map" that would address IAEA concerns in a set order.

Let the americans wipe their living soul out of the persian Gulf!

Open the gates or have the nuclear plant bombed!

Will you say the same about "israels" nuclear bombs, those that already exist that is? Or is it not in accordance with your worship of the american policy to say such a thing? And who are you to tell iran to open the gates or have their nuclear plant bombed? Are they allowed to threaten you in this way? Hypocrisy at its best. People like you are nothing, all you do is follow the americans and think it makes you cool when it only makes you sound like an house nigger.

The midget said that the Zionists are like an annoying bug, so he will have a taste of the bug soon..