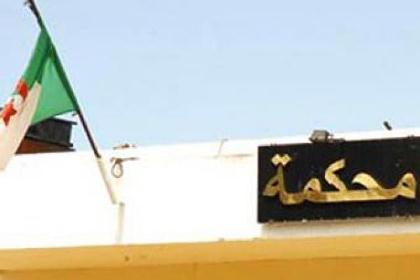 A court in Algiers on Monday sentenced an Algerian psychologist and expert in anti-terrorism to 20 years' jail in absentia on conviction of spying after a stay in Iraq.

Noureddine Benziane had already been sentenced to four years on the same charge on February 1, 2009, and spent two years in prison after already being held for two years in preventive detention.

He was subsequently released, but the Supreme Court annulled this judgment on appeal by the state prosecution and ruled that the affair must be tried a second time.

The prosecutor had demanded the same sentence in the absence of Benziane who had been evacuated to France after a heart attack, according to his lawyer, Cherif Chorfi.

Chorfi on Monday told AFP that he did not know where his client was.

According to the charge sheet, Benziane went to Iraq on a humanitarian mission several times between 2005 et 2007 and headed an international delegation of psychologists sent to help Iraqi children.

In Mosul, Benziane was said to have found a training camp for potential suicide bombers of several nationalities. During an inquiry, he said that they were planning to attack sites outside Iraq.

Benziane acknowledged contacting several diplomatic missions in Algiers to give them details of the information he had recovered. He warned of possible attacks in Britain, Canada, France, Qatar, Russia and Spain, according to the APS news agency.

However, Benziane neglected to inform the Algerian security services of his findings, APS said.