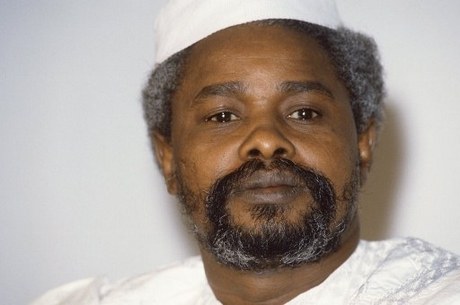 Senegal pledged Friday to put former Chadian dictator Hissene Habre on trial for crimes against humanity, after the International Court of Justice ruled he must be tried there or else be extradited to Belgium.

According to a Chadian commission of inquiry, the eight-year Habre regime from 1982-1990 was responsible for more than 40,000 deaths among political opponents and ethnic groups.

Habre has lived in exile in Dakar since he was deposed by current Chadian President Idriss Deby Itno, a former associate who rebelled against him.

"Senegal notes the ruling by the ICJ, and reaffirms its firm will to organize Hissene Habre's trial in Dakar," the government said in a statement sent to Agence France Presse.

Senegal had said as far back as 2006, following requests from the African Union, that it would try Habre, but it never organized a trial.

In its ruling, The Hague-based ICJ said that "Senegal must, without further delay, submit the case of Mr. Hissene Habre to its competent authorities for the purpose of prosecution, if it does not extradite him."

Macky Sall, who became Senegal's president in April, had said on Sunday at the AU summit in Addis Ababa that he had a "strong commitment" to see Senegal try Habre.

The Chadian government said it was pleased the trial would take place in Africa but Clement Abaifouta, who leads an association for victims, said he was disappointed the ICJ did not demand Habre's extradition.

"We remain skeptical. Nothing tells us that Habre will be tried. We've waited 12 years without seeing anything happen," Abaifouta said.

The ruling from the United Nations' top court is a major step in a legal saga that dates back years.

Brussels issued an arrest warrant against Habre in 2005, after a Belgian of Chadian origin filed a complaint against him in 2000 under Belgium's "universal competence" law.

The law allows those accused of crimes under international law that have affected Belgians to be tried in Belgium.

Brussels has since filed several unsuccessful extradition requests to bring Habre to Belgium on charges including crimes against humanity, war crimes and torture.

The court on Friday found by 14 votes to two that "Senegal, by failing to submit the case of Mr. Hissene Habre to its competent authorities for the purpose of prosecution, has breached its obligation" to abide by the 1984 U.N. Convention against Torture and Other Cruel, Inhuman or Degrading Treatment or Punishment.

The court recalled that Senegal's failure to adopt until 2007 the legislative measures necessary to institute proceedings against Habre on the basis of universal jurisdiction delayed the implementation of its other obligations under the Convention.

It also stated that Senegal was in breach of its obligation to make a preliminary inquiry into the crimes of torture alleged to have been committed by Habre, as well as of the obligation to submit the case to its competent authorities for the purpose of prosecution.

In failing to comply with its obligations, Senegal has engaged its international responsibility, the court ruled.

U.S.-based Human Rights Watch welcomed Thursday's ruling as "a victory for Habre's Hissene victims who have been fighting for 21 years".

"It is a strong message to the new leaders of Senegal that they must act swiftly to fulfill their pledge to bring Habre to justice, the watchdog's Reed Brody said in a statement.