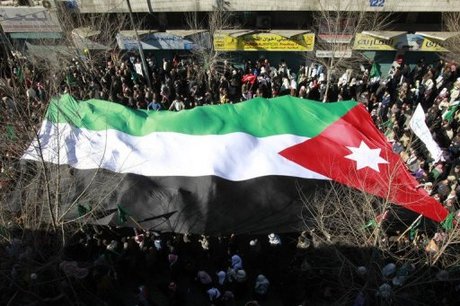 The protest began after Friday prayers at Amman's al-Husseini mosque, with a procession headed by a large banner announcing "Friday for freedom of the press."

In addition to chanting slogans in support of media freedom, demonstrators also shouted a slogan made famous by Arab Spring-inspired protests: "The people want the fall of the regime."

They also shouted in favor of regime and constitutional reform.

Zaki Bani Rsheid, deputy leader of the Muslim Brotherhood in the kingdom, told AFP: "Freedom of the press is one of the reforms we are demanding."

Jordan has been largely spared the kind of protests that have swept eastwards from Tunisia across the Arab world since early 2011, but it still sees regular demonstrations demanding political and economic reform and an end to corruption.