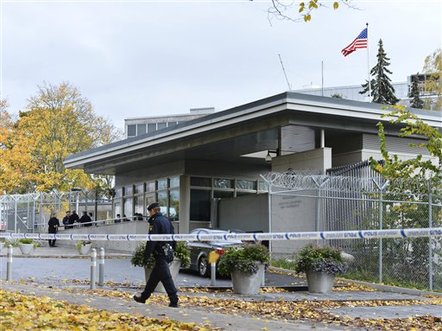 The U.S. embassy in Stockholm was evacuated on Wednesday over a possible security incident, a spokesman for the mission told AFP, while police said a suspect envelope had sparked the scare.

"We are working together with the Swedish authorities."

Swedish police said on their website that a patrol had been dispatched to the embassy after "a letter with unidentified content had arrived at the embassy".