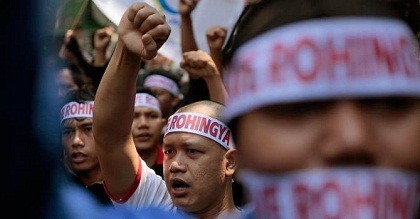 At least 20 people have been killed in a fresh wave of communal violence sweeping western Myanmar, a Rakhine state spokesman said Thursday, adding the death toll could ultimately more than double.

"At least 20 people (both Buddhist and Muslim) have been killed in clashes since October 21. The death toll can reach about 50," Myo Thant told AFP.

He said 80 Buddhist Rakhines have been wounded, but there were as yet no equivalent figures for injured Muslims.

A security official, requesting anonymity, confirmed the potential toll from the resurgence of unrest could hit 50, adding government forces were struggling to reach remote areas.

Hundreds of homes have been burned in the outburst of unrest in Rakhine state, where Buddhist-Muslim clashes have killed more than 100 people since June and displaced tens of thousands, according to the authorities.

The latest violence led the United Nations to express grave concern over reports of deaths and "thousands" of displaced in recent days.

"The U.N. is alarmed by reports of displacements and destruction," said UN chief in Yangon, Ashok Nigam, adding that the resurgence of deadly unrest in Rakhine State had "resulted in deaths and has forced thousands of people, including women and children, to flee their homes".