Syria Army Says Will Fight Back against Rebel Violations 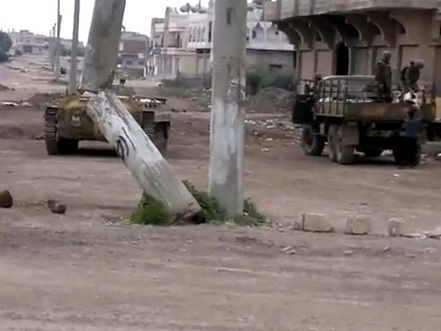 The Syrian army on Saturday accused rebels of committing increasing violations of a failed truce proposed for the Muslim Eid al-Adha holiday and vowed to fight back.

"For the second day, terrorist groups continued to flagrantly violate the ceasefire announced and respected by the army command," the military said in a statement on state television.

"The army will continue to track this increase of violations... and fight back against these criminal acts."

Foreign ministry spokesman Jihad Maqdisi said the army was committed to the truce, blaming rebels for provoking a response.

"But the violations that were committed were a consequence of attacks staged mostly by (rebel) groups that from the beginning refused the ceasefire, as shown by their official statements," he added.