Syria Warns Palestinians to 'Keep Away from Terrorist Gangs' 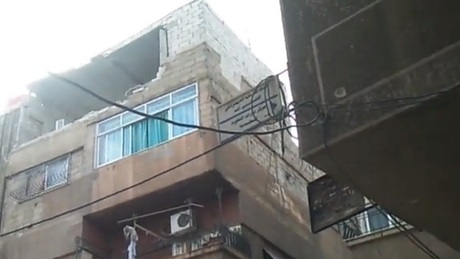 "Syria will strongly oppose any attempt to bring the Palestinians into what is happening in Syria," a ministry source said, urging them to direct their efforts at the Palestinian cause, Syria TV reported.

"All Palestinian factions must keep away from every effort of armed terrorist gangs," the source added, accusing the rebels of supporting Israel against the Palestinians.

The statements came amid clashes in the Yarmouk Palestinian refugee camp in southern Damascus, which have been ongoing for several days.

Members of the Popular Front for the Liberation of Palestine-General Command (PFLP-GC), led by Damascus ally Ahmad Jibril, fought alongside regime troops while Hamas fighters joined in on the rebel side, Syrian activists said.

Syrian members of the Muslim Brotherhood movement, from which Hamas sprung, were among the first to participate when protests erupted against Assad's rule in March last year.

As peaceful demonstrations turned into an armed rebellion, reports said Hamas had quietly moved its offices from Syria, evacuating most of its members, while publicly denying it had shifted its headquarters.

On Monday, the Syrian authorities officially closed the Hamas offices in Damascus.

"Syria will strongly oppose any attempt to bring the Palestinians into what is happening in Syria"...Kinda hypocritical don't you think? Yet it's totally fine for HA to send in their boys huh?

This is good news for us sunnis in Lebanon, its obvious what's going to happen, the tyrant Assad is going to kick out the 250000 Palestinians living in Syria and they will come to Lebanon to live where they will tip the balance of power in favour of us sunnis :)

Everything you did to Lebanon is coming back with vengeance