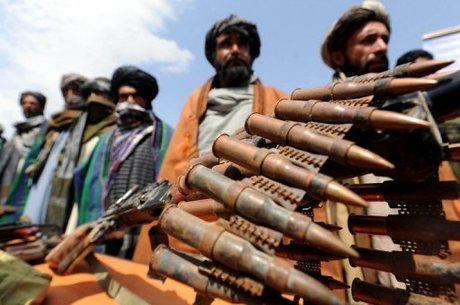 Taliban insurgents on Wednesday dragged two young Afghan men from their car and shot them dead because they worked for NATO troops as interpreters, police said.

The bloodied bodies of the men were found next to their car on the side of a road in Logar province, less than 80 kilometers south of the capital Kabul.

"They were interpreters working for NATO troops in Camp Shank," Din Mohammad Darwish, the provincial administration spokesman, told Agence France Presse, referring to a NATO outpost in the province. He blamed Taliban insurgents for the attack.

Deputy provincial police chief Rais Khan Sadeq confirmed the incident and said the pair were driving to work from Kabul when killed.

"They were going to work. Along the road they were stopped by Taliban, dragged from their car and shot in the head. Their bodies and their car were found on the side of the road," Sadeq told AFP.

They are regularly targeted by the militants while on the way to or from work on the bases, and interpreters are also killed and wounded while deployed on operations with NATO forces.

It is pretty annoying when we see that the life of interpreters are in risks and they are the first target from the enemy(TALIBAN)sides, then why we are not going to help them in any circumstances? i know lots of interpreters who came to EU countries to seek asylum and receive negative answer for their cases which is opposite of the TALIBAN if a TALIBAN member is coming here and seeking asylum, they would defiantly receive the permission to stay in any EU countries. while they are the enemy of international community, NATO and ISAF Forces based in Afghanistan. it is shame that we are not cooperating those who cooperate us!