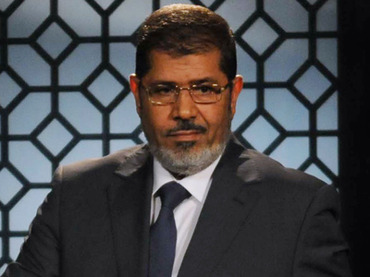 Egypt's Islamist President Mohamed Morsi will not attend the enthronement of the new Coptic pope, a man said to be open to dialogue with Islam but opposed to a religious state, the bishop organizing the ceremony said on Friday.

Instead, Morsi will "send a representative" to Cairo's St Mark's Cathedral for Sunday's enthronement of Bishop Tawadros, Bishop Baula was quoted by state news agency MENA as saying, without saying why the president would not attend.

Bishop Morcos, another senior cleric, said Morsi had been formally invited to attend, as had the members of his cabinet.

Tawadros, 60, was chosen on November 4 to succeed Pope Shenuda II, who died in March after four decades on the patriarchal throne.

He becomes spiritual head of the largest Christian minority in the Middle East and 118th pope in a line dating back to the origins of Christianity and to Saint Mark, the apostle and author of one of the four Gospels, who brought the new faith to Egypt.

Shenuda, a careful, pragmatic leader, died at a critical time for the increasingly beleaguered minority, which has faced a surge in sectarian attacks after an uprising overthrew president Hosni Mubarak in February 2011.

The pope leads the country's Coptic Christians, who make up between six and 10 percent of Egypt's 83-million population.

Amid increased fears about the community's future after the overthrow of Mubarak, Tawadros will be its main contact with Morsi, Egypt's first Islamist president.

The rise of Islamists after the revolution sparked fears among Copts of further persecution at home, despite Morsi's repeated promises to be a president "for all Egyptians."

Tawadros's official biography stresses his wish for good relations with Muslims, saying he has "asked the media to accentuate common values between the two religions to avoid extremism and consolidate national unity."

He also advocates further unity between Egypt's Copts and those from the diaspora, whose leaders have often been more outspoken against abuses suffered by the Christians in Egypt.