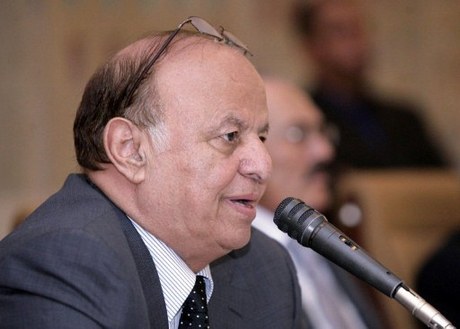 Yemeni President Abdrabuh Mansour Hadi announced on Wednesday the restructuring of the army and defense ministry, purging them of relatives and cronies of former head of state Ali Abdullah Saleh, state television said.

Hadi took a series of decisions, including one scrapping the elite Republican Guard which was under the command of Saleh's oldest son Ahmed, the state broadcaster said.

Hadi took over the reins of power in Yemen less than a year ago, after veteran strongman Saleh stepped down as part of a power transition agreement, following a year-long uprising against his rule.

Three new structures were also created and placed under the presidency's direct control: a presidential guard, special operations forces and a unit in charge of ballistic weapons.

The last two had been previously controlled by Saleh's son Ahmed.

Other changes ordered by Hadi include the sacking of deputy central security forces chief General Yahia Mohammed Saleh, a nephew of the former president, who was replaced by General Ahmed Ali al-Maqdasi.

Earlier this month tens of thousands of demonstrators took part in a protest march in Sanaa against Saleh, his family and close aides, accusing them of holding out for a comeback.

Saleh stepped down in February after a year-long deadly uprising. But he remains president of his General People's Congress party, retains loyalty of army elements and owns a television station.