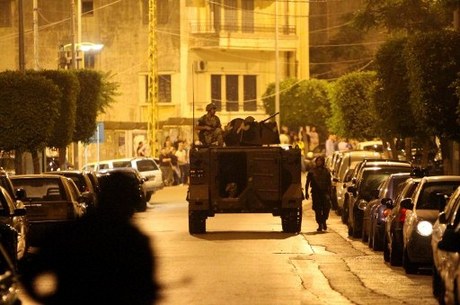 An exchange of gunfire erupted on Thursday evening in Sidon between members of the Popular Nasserite Organization led by ex-MP Osama Saad and the Hizbullah-affiliated Resistance Brigades, leaving one person dead and three others wounded.

Future TV said “fierce clashes erupted in the Nazlet Sidon area between a group belonging to the Popular Nasserite Organization and another belonging to 'Hizbullah's brigades'.”

It added that one person was killed and two others were injured in the clash.

“A clash between Mahmoud Bazaza and Abu Rabih al-Masri erupted in Sidon's Nazlet Sidon area, which resulted in the death of Mohammed Birar, who belongs to the Resistance Brigades,” state-run National News Agency reported later.

“At once, an army force and members of the Internal Security Forces deployed in the area,” NNA said.

Meanwhile, LBCI television said “a supporter of the Popular Nasserite Organization was wounded in the leg as gunfire erupted in Nazlet Sidon.”

I guess people are very bored in Lebanon and are looking for heavy action. What is better than having a gun fight.

i dont know why the army intervened between these heroes?just close the area and if possible give them ammo.

ok ok guys, hold on... i bet this was not politically motivated or sectarian or to do with hezbo tactics in syria.. they were just arguing over a car parking space.

or a dispute between two car dealers

The weapons are required for idiots you and like 14 and individuals from Sidon.

Good thing these guys are supposed to be on the same side.....