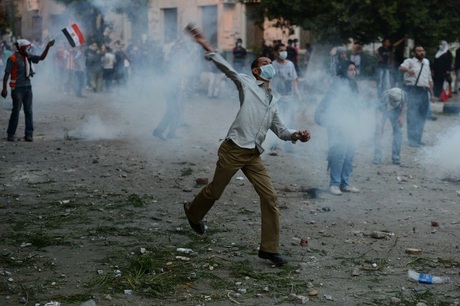 Police in Egypt clashed on Friday with a crowd of furious Muslims who tried to storm a church after claiming that a Coptic man had tried to sexually abuse a six-year-old Muslim girl, security sources said.

Dozens of Muslims went on the rampage in the southern city of Qena, destroying two Coptic-owned shops and then marching on the church in a bid to storm it before police fired tear gas to disperse them, the sources said.

The Muslims claimed that a Coptic merchant had tried to sexually harass the girl, they said.

Police arrested the merchant as well as 10 Muslims who allegedly took part in the unrest, including pelting police with stones, they added.

Copts, who make up between six and 10 percent of Egypt's 83-million population, have suffered an increase in attacks since a popular uprising ousted Hosni Mubarak in early 2011, leading to a breakdown in security.

Islamist President Mohamed Morsi, who was elected in June, has pledged to be the "president of all Egyptians" but many among the minority Christian community say they fear for their future under Islamist rule.