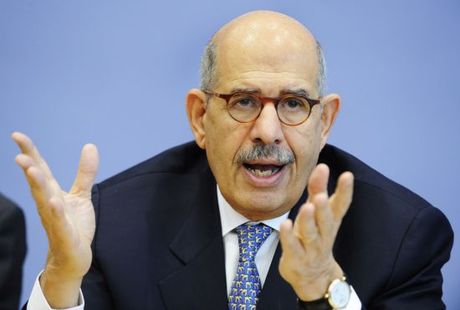 Egypt's main opposition bloc on Monday rejected an invitation by President Mohamed Morsi for talks on the violence and political turmoil sweeping the country and instead called for fresh mass demonstrations.

With another person killed in a fifth straight day of clashes in Cairo and the unrest showing no signs of abating, the Islamist-dominated senate ratified a law that would grant the armed forces powers of arrest.

Morsi late on Sunday announced a crackdown on the violence which has swept Egypt since Friday in which nearly 50 people have died, declaring a month-long state of emergency in the provinces of Port Said, Suez and Ismailiya, where rioters have attacked and torched police stations.

In a televised address he also slapped the three provinces with night-time curfews, while calling the opposition -- which accuses him of betraying the revolution that brought him to power -- to a national dialogue.

The National Salvation Front, which groups several mainly liberal and leftist movements, swiftly rejected the talks and called instead for countrywide protests on Friday.

"We will not participate in dialogue that is empty of content," leading dissident Mohamed ElBaradei told reporters after a meeting of the NSF.

The coalition said Morsi needed to agree to a list of demands it laid out last week, including the formation of a national salvation government and the amendment of the Islamist-drafted constitution, before it agrees to any talks.

"We will not join a dialogue with no agenda just to project an image of talks," ElBaradei said.

An NSF statement called "on the Egyptian people to take to the streets in all Tahrir Squares (across the nation) on Friday to stress the sanctity of the blood of the martyrs and achieve the goals of the revolution."

In Cairo on Monday, one man was killed as clashes between police and protesters raged into a fifth day, with demonstrators and police lobbing rocks at each other on a bridge in an underpass leading to Tahrir Square as tear gas hung heavily in the air.

In Port Said, hundreds marched on a second day of funerals for those killed in the canal city during confrontations, while in the Mediterranean city of Alexandria, hundreds took to the streets carrying Egyptian flags and chanting slogans against the Muslim Brotherhood, the MENA news agency said.

The new law ratified by the Senate will see the armed forces "support the police in maintaining order and protecting vital installations until the end of parliamentary elections and whenever the National Defense Council (headed by Morsi) requests it."

The army will also "be given powers of arrest according to the law," the text says.

Morsi's television address, in which he appeared both flustered and angry, came after a second day of rioting rocked Port Said sparked by death sentences handed down Saturday against supporters of local football club al-Masry over stadium violence last year that killed 74 people.

Morsi warned that he was ready to take further measures unless there was an end to the latest bout of deadly unrest, that erupted on Friday when protests to mark the second anniversary of the anti-Mubarak revolt turned violent.

it was a mistake to hold elections without a consitution! I cant beleive they went about it this way. the liberals and secular islamic youths and christians are the ones who began and saw the revolution through, but they were out-organized by the muslim brotherhood. the brotherhood co-opted the revolution and has been instituting undemocratic rule ever since. morsi and the brotherhood are no different than mubarak