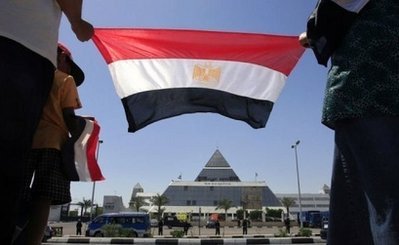 The presidency, in a statement posted on his Facebook page, also said it would hold "politically accountable" opposition groups behind the violence.

It said protesters had tried to break down the palace gates and scale its walls, and demanded that opposition groups denounce the violence and call on their followers to withdraw.

The opposition National Salvation Front, which called for mass rallies on Friday, said it "had no connection whatsoever with the trouble that erupted suddenly in front of the presidential palace."

It said the NSP condemned all acts of violence and urged security forces to exercise "utmost restraint" with the protesters.

He's most certainly doomed to follow Mubarak in jail. Long live the revolution, even of it takes time. There has always been impostors to take advantage of people... But the revolutionaries will prevail.