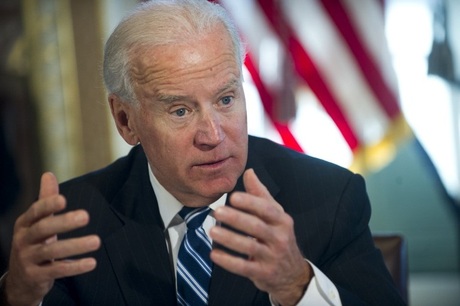 Biden said that dealing with extremists in North Africa and parts of the Middle East now required "a more integrated strategy" and using the "full range of the tools at our disposal".

"That's why the United States applauds and stands with France and other partners in Mali, and why we are providing intelligence support, transportation for the French and African troops and refueling capability for French aircraft," he said.

"The fight against AQIM (al-Qaida in the Islamic Maghreb) may be far from America's borders, but it is fundamentally in America's interest," he added.

He was speaking at the Munich Security Conference, an annual three-day gathering of hundreds of high-ranking officials, ministers and top military brass in southern Germany.

After Germany, Biden travels on to Paris where on Monday he is due to meet French President Francois Hollande, who on Saturday visited Mali where a French-led military campaign has driven back Islamist radicals.

Meanwhile, Catherine Ashton, the European Union's foreign policy chief, responded to criticism that France had been left in the lurch by its partners in providing help for the Mali deployment.

She said many countries had offered assistance to France and highlighted action by the EU in the Sahel region aimed at stabilizing it in the medium term.