Man Killed by Own Hand Grenade at Kurd Protest in Turkey 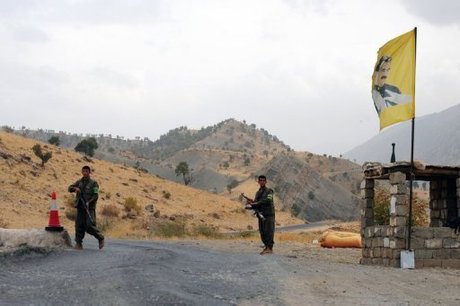 A 19-year-old Kurdish man was killed late Sunday when a home-made grenade exploded in his hands during a demonstration in Turkey's Kurdish-majority southeast, local authorities said.

The man was one of 100 demonstrators who had gathered in Diyarbakir city to protest ahead of the 14th anniversary of jailed Kurdish rebel leader Abdullah Ocalan's capture in Kenya on February 15.

He was preparing to launch the grenade at police when it exploded in his hand, Diyarbakir governor Mustafa Toprak was quoted as saying by the state-run TRT channel.

"He suffered injuries to his ear too, which makes us think it exploded as he tried to throw it," Toprak said.

But eye witnesses quoted by pro-Kurdish Firat News said the young man was hit by an armored police vehicle during the protest.

"I did not see if he had anything in his hand. But the vehicle sped toward the street, crushed him underneath," a store owner who witnessed the incident said.

The investigation into his death will continue, said the governor.

Then fugitive Ocalan was captured in Kenya on February 15, 1999 in a covert Turkish operation after he was exiled from Syria, where he had been based for a decade to remotely maneuver his outlawed Kurdistan Workers' Party (PKK).

An initial death sentence was commuted to life in jail in an island prison off Istanbul since 2002.

Every year Kurdish demonstrators clash with Turkish police to protest the capture of their leader.