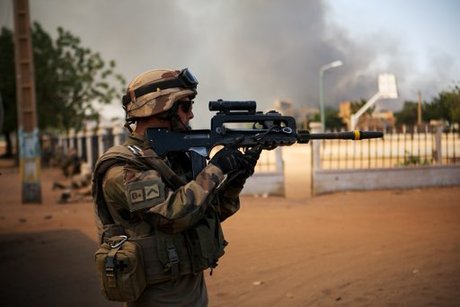 Algerian officers have found a weapon that belongs to a top al-Qaida operative reportedly killed in Mali and examined a body but are still unable to confirm it is his, a daily said on Saturday.

Media in Abu Zeid's native Algeria have reported the death of the Mali-based commander of al-Qaida in the Islamic Maghreb (AQIM), and Washington has described the reports as "very credible".

But El Khabar newspaper said on Saturday that formal confirmation of Abu Zeid's death still hinges on the results of DNA tests being conducted by Algeria.

"Algerian officers have examined a body said to be that of Abu Zeid in a military site in northern Mali and identified his personal weapon... but were unable to formally identify" the body as his, it said.

Quoting a senior Algerian security official, the daily gave no further details but said the officers had been tracking Abu Zeid for years, suggesting they were familiar with the AQIM commander.

"Confirmation of Abu Zeid's death remains linked to the results of DNA tests done on Thursday by Algeria on two members of his family," said El Khabar.

"Neither the French forces nor Malian forces have been able to identify the body found after fierce battles in the Ifogas mountains," in northern Mali.

On Friday, El Khabar said Algerian security services were "comparing DNA taken from two close relatives of Abu Zeid with samples taken from the remains of a body supplied by French forces" battling Islamists in Mali.

The family of Abu Zeid, whose real name is Mohamed Ghedir, has meanwhile said "it has no official information concerning his fate," Echorouk newspaper said on Saturday.

The death of Abu Zeid, 46, would be one of the most significant blows to the rebels in the seven-week French-led intervention against Islamist insurgents.

On Thursday, Algeria's independent Ennahar TV said Abu Zeid was killed in northern Mali along with 40 other Islamists.

An Algiers court last year sentenced him in absentia to life in prison for having formed an international armed group implicated in the kidnapping of foreign tourists in 2003.