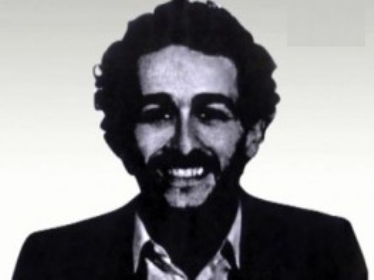 The rebel Free Syrian Army on Monday claimed that Hizbullah elusive commander Mustafa Badreddine -- who is accused of involvement in former premier Rafik Hariri's murder – is leading the group's operations in the Syrian town of Qusayr.

“It has been confirmed that Mustafa Badreddine is present on Qusayr's front where he is leading Hizbullah's operations,” said a statement issued by the FSA.

“With the beginning of the first day of the Death Walls series of operations on Sunday, the Hizbullah gang suffered more than 50 casualties among its ranks, while more than 100 members were wounded, most of them critically,” the FSA added.

It noted that dozens of ambulances were seen transporting the dead and the wounded to the Baalbek-Hermel area and that al-Batoul Hospital in Hermel was “evacuated of civilian patients with the aim of taking in dozens of wounded and dead fighters.”

The FSA accused Hizbullah members of “executing 23 children and women in a massacre near the Christian town of Rableh, which is occupied by Hizbullah, while chanting sectarian slogans.”

The rebels stressed that "Qusayr will shock them, despite all the forms of siege, death and destruction,” noting that “all the Hizbullah members who tried to infiltrate the city through the groves were killed.”

Badreddine is a cousin and brother-in-law of slain Hizbullah military commander Imad Mughniyeh.

He was accused along with three other Hizbullah members of involvement in Hariri's 2005 assassination.

Badreddine is a member of Hizbullah’s Shoura Council and the head of its external operations. He was arrested and imprisoned in Kuwait in 1983.

In 1990, he managed to escape prison and flee to Iran where the Revolutionary Guard returned him to Beirut. According to the arrest warrant in the Hariri murder case, he is accused of planning and overseeing the execution of the assassination.

The battle for Qusayr began on Sunday, when government troops backed by Hizbullah stormed the western town.

The Syrian Observatory for Human Rights said the fighting had left at least 56 rebels dead, six of them on Monday, and four civilians including one woman.

It also said that "28 members of Hizbullah's elite forces were killed and more than 70 others wounded in clashes in the town of Qusayr yesterday," Sunday.

A source close to Hizbullah told Agence France Presse at least 20 members had been killed in Syria.

The official SANA news agency reported on Monday that Syrian troops "are restoring order and security to the eastern part of Qusayr, eliminating terrorists (the regime term for rebels), destroying their dens and defusing bombs near the center of the town."

I was so shocked that my fingers weren't synced with my head.

The saint of Death maybe?

Ya Hiz al bala...you are giving FSA excuses to attack Lebanon, especially the Shea community and Agonists...why? Because your masters in Iran told you so!!! a bunch of traitors...

You got banned yet you retuned? Are you masochist? Or just trying to keep your income for spreading hatred and division?

if it is a 'joke' and qusair is a cake walk why did the regime give it up and for that matter more than 70 percent of Syrian territory? there is a reason: true and fierce rebelion. HA has found out today that it is no picnic going to Syria and in fact there is no exit strategy. Syria will become the trap of HA and the winner is israel: muslims killing each other, just awesome.

HA did not accept to fight fath el islam to save lebanon. But they are fighting Fath el islam (amongst others) to "save" qusair.
Hypocritical milicia.

I hope he's caught and impaled somewhere in Syria in public view until his remains rot all the way down to the bones.

Actually, according to the FSA, to date there have been about 2684 Hizbullah fighters killed in battles, which actually means that there are about 173 Hizbullah fighters left! Who knew the FSA could do in such a short time what Israel failed to do? As has been evident, the FSA is proud to claim more gains since they began toppling the regime a bit over two years ago, which explains why the regime has collapsed more than 4683 times already!

"Badreddine is a cousin and brother-in-law of slain Hizbullah military commander Imad Mughniyeh."
Inbreeding is bad for you and your people's gene pool.

This is absolutely joyful. The syrian revolution will rid us of the two evils. Assad and Hizbilat.
Qusair is the closest city to Hermel and logistically ideal for hizballa to penetrate. yet with all the machine support given to him by assad forces, he is suffering like an amateur militia.
We pray to mary to safe guard the freedom fighters of syria.

Good point. I hope he ventures into Daraa where the rebels will have their backs covered by Jordan.

How ironic that both Israel and Hezbollah are trying to keep Assad in power. I have to admit that he is a genius (who will eventually fall and take Hezbollah with him).

Badredine is a criminal and is hiding from the Hague where he will be tried! does anyone so far still have the doubt that the hariri assasination was mastered by bachar and executed by hassan ??!

Please keep him in Syria ,we have enough scum like in Lebanon.

Actually, the FSA verfied the man's identity by capturing his photo ID right before they... well... umm... duh... captured him? The FSA shall soon publish this proof on www.FSA.org/tojlita, the site dedicated to their numerous and spirit-lifting tojlitations. Enjoy, hopeless hopefuls.