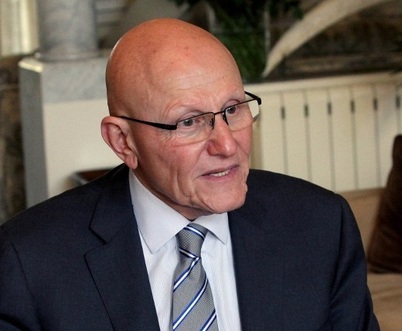 Prime Minister-designate Tammam Salam slammed on Monday the murder of four Shiites in the northeastern Bekaa town of Arsal on Sunday, saying that it is aimed at creating strife in Lebanon.

He urged in a statement all sides to “exercise restraint and reason” in order to thwart strife.

“Those behind the crime do not seek the well-being of Lebanon or the Lebanese people and they should be dealt with firmly and according to the law,” he declared.

He called on the residents of the Bekaa regions of Baalbek, al-Hermel, Arsal and all other areas to exercise calm and avoid falling victims to the attempts to create strife in the country.

Salam demanded that the security and judicial agencies be allowed to perform their duties in investigating the incident and apprehending the assailants.

He hope that the residents of the region would distance themselves from the crisis in Syria and support the army that has long defended Lebanon and its people.

Four people – two from the Jaafar family, one from the Amhaz clan and a Turk whose mother is Shiite - were killed on Sunday in an ambush in a barren terrain near the northeastern towns of al-Qaa and Arsal.

The Jaafar and Amhaz clans are well-known Shiite families in the regions of Baalbek and Hermel.

Shut the F&*k up and get a government going and then if you had any balls you would get the Parliament to work also. You are all a bunch a fkn useless crooks in suits. One has got to feel sorry for the Lebanese people for being so pathetic for electing those MPs.

zz hell with Hariri, Hizb, and all other stupid leaders trying to ruin our country..uftttttttt

the_BORE....the only circus here is your HA chimps and followers like you who will not abide by the will of the Lebanese people and that is PUT YOUR FREAKIN WEAPONS DOWN and let the LAF do it's job with LEBANON FIRST IN MIND and not the interests of others (IRAN). You would probably never understand this simple concept because of your limited capabilities and ease to condition!