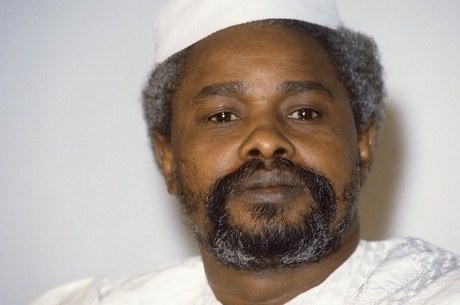 Senegalese authorities detained former Chadian dictator Hissene Habre on on Sunday, the first step towards a trial on charges of crimes against humanity that is seen by many as a milestone for African justice.

The man once dubbed "Africa's Pinochet" also stands accused of war crimes and torture during his eight years in power in Chad, where rights groups say that some 40,000 people were killed under his rule.

"Hissene Habre has been taken into custody as part of the probe," said a prosecutor with a special court set up in February to try the 70-year-old former leader.

One of Habre's lawyers, El Hadji Diouf, told local radio he had been arrested at his home in Dakar where he lives with his wife and children and taken to an unknown destination.

Delayed for years by Senegal where he has lived since being ousted in 1990, Habre's trial will set a historic precedent as until now African leaders accused of atrocities have only been tried in international courts.

Typically dressed in combat fatigues during the years of his rule, Habre earned the nickname "desert fighter" after he seized power in 1982 from former rebel ally Goukouni Weddeye during a long conflict with Libya, which wanted to annex the north of Chad.

His regime was marked by fierce repression of his opponents and the targeting of ethnic groups, and in 1990 he fled to Senegal after being ousted by Chad's now President Idriss Deby Itno.

A decade later a group of victims filed charges against him in Senegal, but he has never been brought to trial and former president Abdoulaye Wade repeatedly tried to "get rid of him."

On a visit to Senegal last Thursday as part of his three-nation Africa tour, U.S. President Barack Obama hailed Dakar's efforts to prosecute the former dictator as a sign of the country's commitment to justice in Africa.

"This is a trial that we have supported and we welcome Senegal's leadership in undertaking this effort to see that justice is done and in fact we have committed resources in support of their efforts," said U.S. deputy national security advisor Ben Rhodes.

Senegal and the African Union signed an agreement in December to set up the court to try Habre for the offenses, allegedly committed between 1982 and 1990.

The AU had mandated Senegal to try Habre, now 70, in July 2006, but the country stalled the process for years under Wade.

Habre was also wanted for trial in Belgium on war crimes and crimes against humanity charges after three Belgian nationals of Chadian origin filed suit in 2000 for arbitrary arrest, mass murder and torture during his 1982-1990 regime.

Senegalese President Macky Sall, Wade's successor who took office in April 2012, ruled out extraditing Habre to Belgium, which was prepared to try him, vowing to organize a trial in Senegal.

In May, lawyers for Habre said they had filed a lawsuit in Senegal to try to prevent the trial from going ahead, saying the west African country had violated his human rights.

Under Senegalese law, Habre can be held in custody for a period of 48 hours, renewable once.